We have a full 4×4 trail (Mountain route) on the farm as well as a 4×4 trail play area (Obstacle route). The 4×4 trail has earned several accolades as well as being one of Go! Drive Out’s Top Ten Trails. Even the Kyknet program Safari 4×4 has visited and the route set quite a challenge to the acclaimed Andre de Villiers. The farm’s previous owner and the original developer of the routes, Jannie du Plessis, is well known in 4×4 circles. He complied with all the requirements in setting up the routes, which means that the Department of Environmental Affairs has officially recognised it as an environmentally friendly 4×4 trail.

CAMPERS OR GUESTS STAYING IN THE ACCOMMODATION: Up to the viewpoint: R150 Full Mountain 4×4 Trail: R300 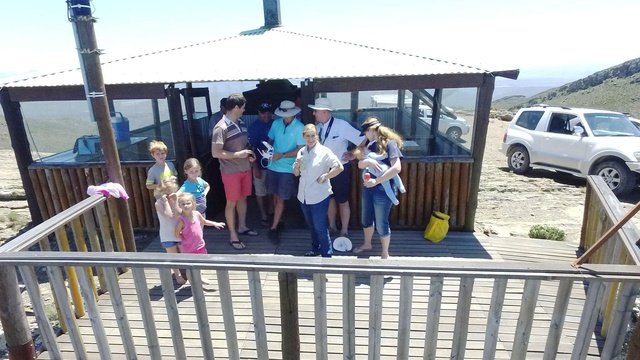 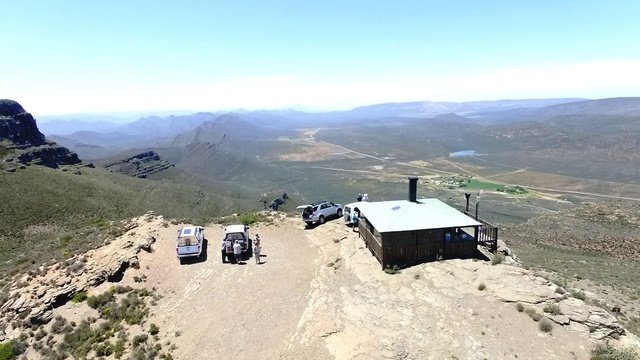 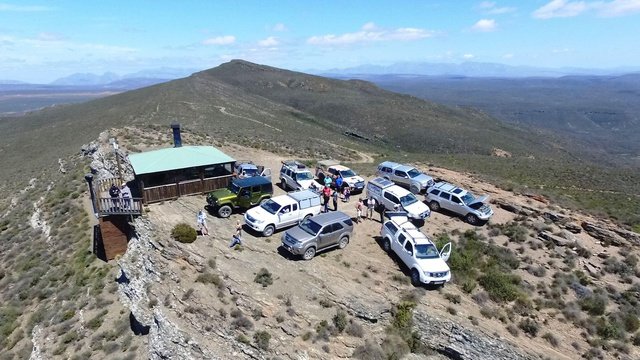 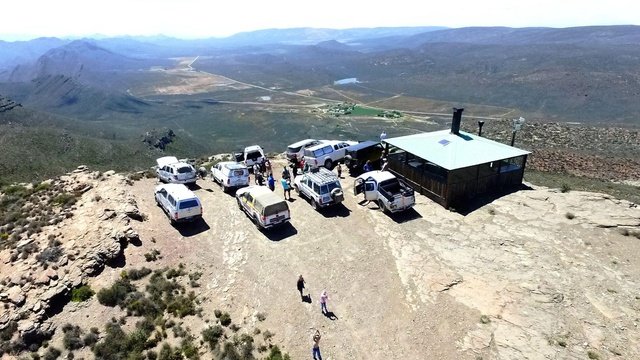 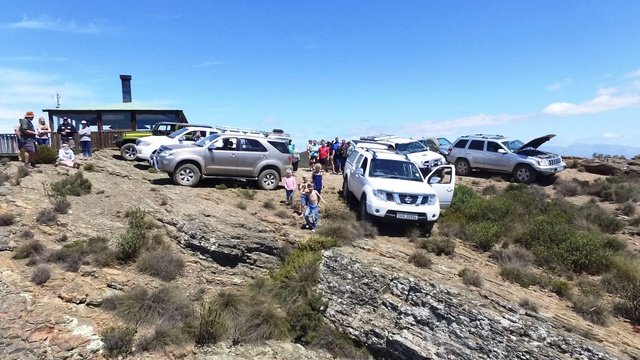 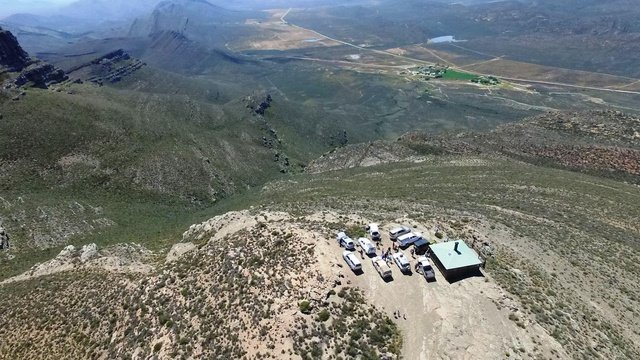 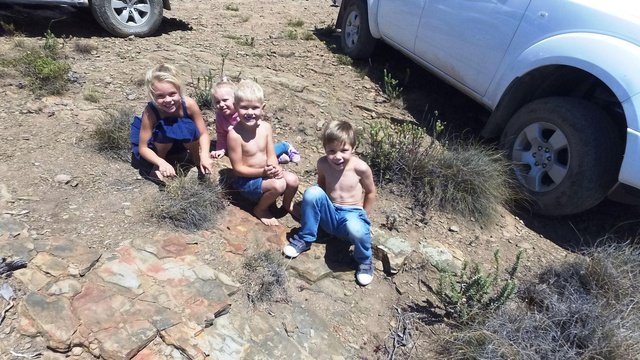 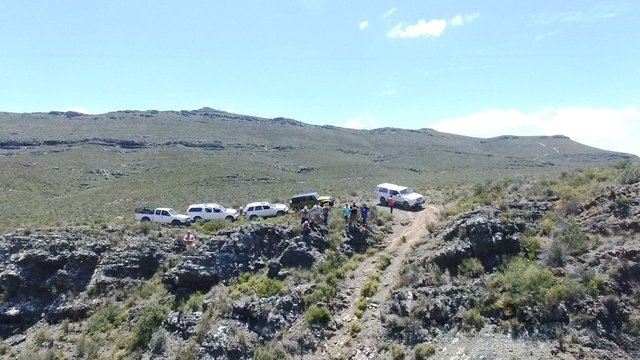 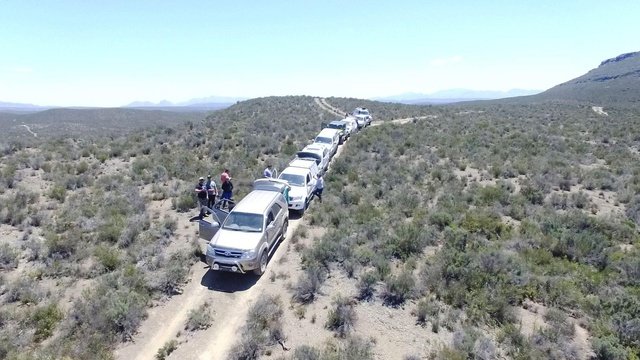 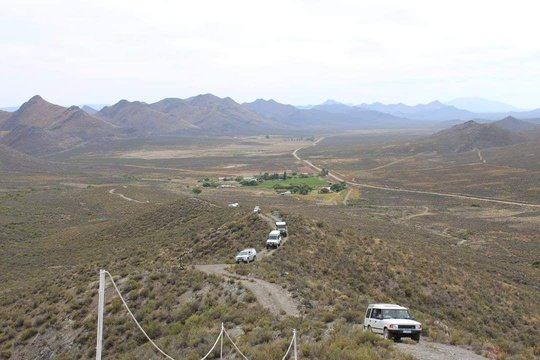 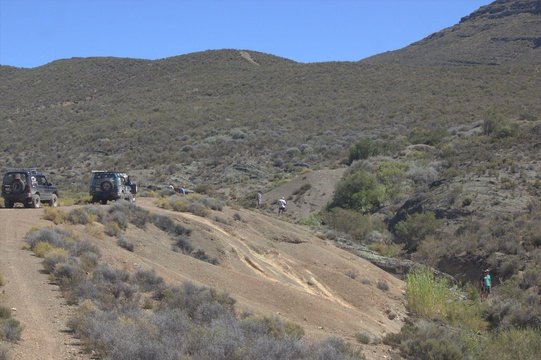 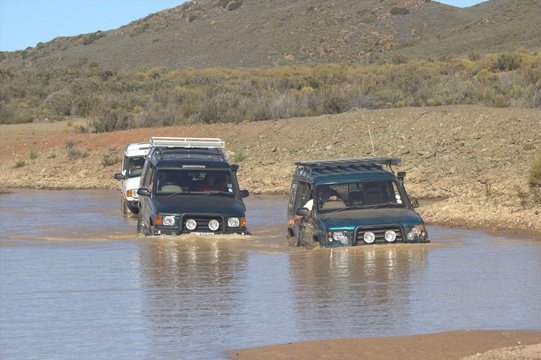 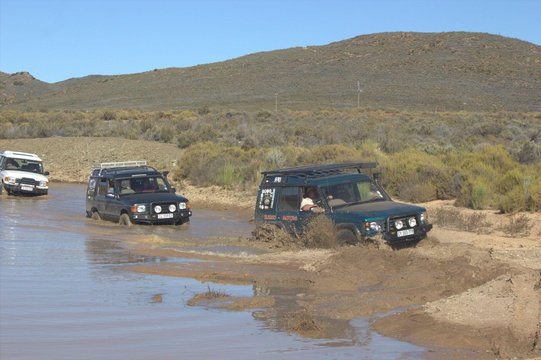 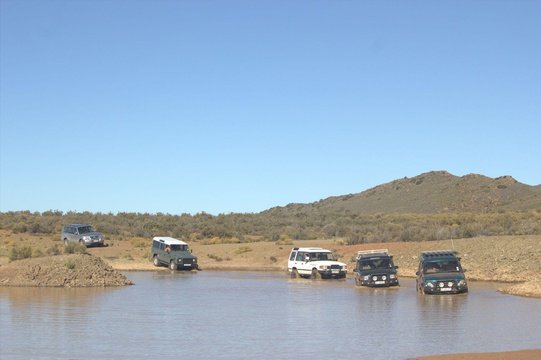 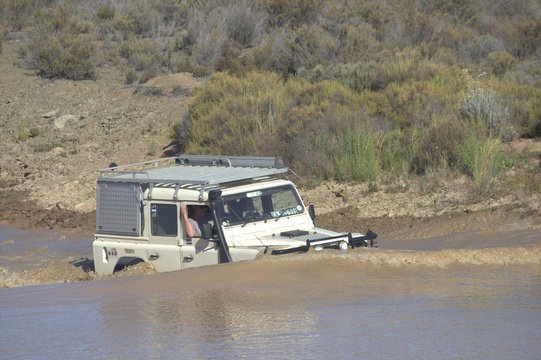 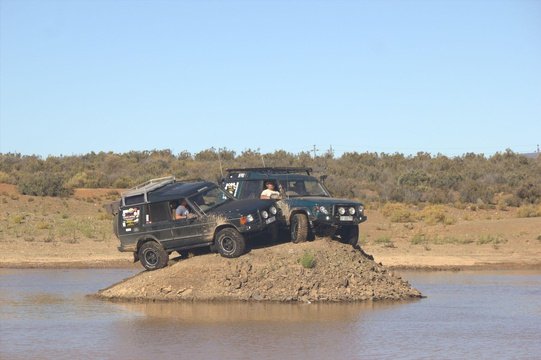 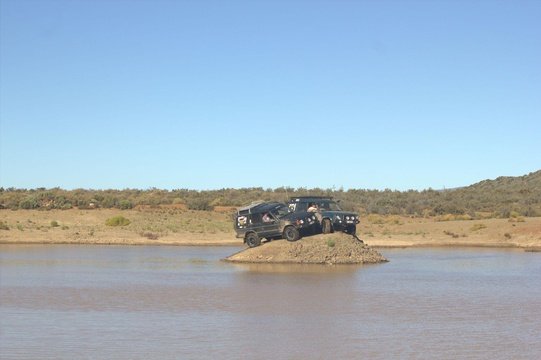 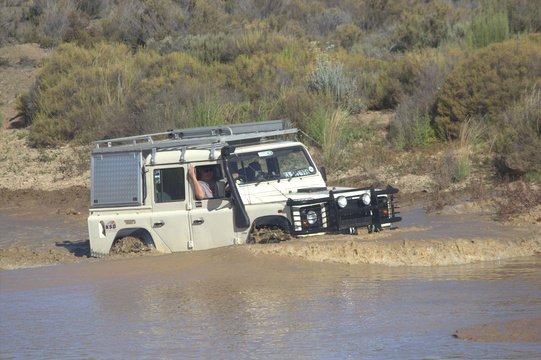 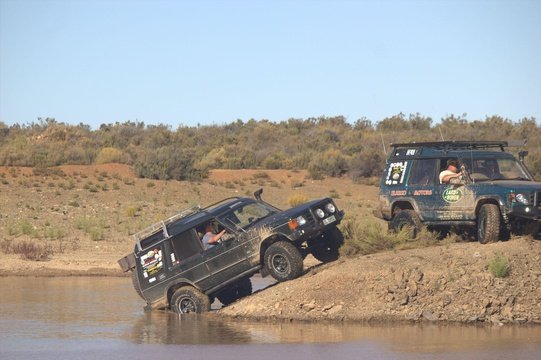 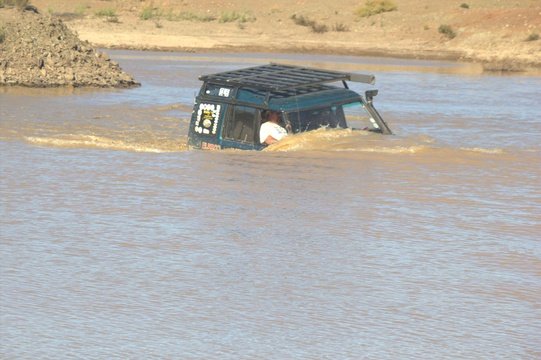 This magnificent route originated when the previous owner, Jannie du Plessis, started making roads to reach the outskirts and the highest point on the farm. Friends and family were soon trying out the route. Their unanimous opinion was that it had all the makings of a 4×4 mountain trail and could cater for most off-road vehicles on the market. The 20km mountain trail starts at the Main House from where it winds through typical renosterveld, descending through some ditches and climbing over several small inclines. This section is somewhat technical with some low-range climbing along a well maintained track and reaching the summit at 1 400 m above sea level.

At the highest part of the trail a special vantage point awaits you.  Enjoy 360° views from within this shelter, surrounded by the luxury of a built-in working surface for preparing a meal, sufficient seating and a cosy central fireplace. With sufficient parking for up to 25 vehicles, this is the perfect venue for a well-earned rest.

From here the road descends down the mountain to complete the circular route. Two very steep declines await you on this section of the trail! It might seem dangerous, but the front tyres slip only a “few centimetres” on the rocky steps, before gripping the rock again. If you have some nervous passengers on board, consider taking the alternate route!  The majority of the trail is a 3 rating, with some obstacles hovering around the 4 mark.

On your right you’ll notice a 4-rated route branching off to the north; this path takes you to a steep, gullied descent, aptly named Lion’s Balls, and you’ll need them to tackle this drop!

The most difficult section of the trail is not named Lion’s Balls for nothing. Careful navigation, a good line and tons of guts will see you through, but like playing with the proverbial lion’s crown jewels, it needs to be tackled with finesse.

Inching down Lion’s Balls takes bravery, a good guide spotting for you and a touch of madness.

The 4×4 Obstacle Route can only be driven when dry, as it follows the bed of a small river that feeds one of the adjacent dams. It provides for some cross-axle situations and ends with a steep ascent onto the adjacent embankment.

This short section is in close proximity to the Camp Site.

After the occurrence of a unique photographic opportunity, one of these uphill sections has appropriately been nicknamed Suicide Hill.

The track descends into a snaking dry river bed, making for some pretty exciting driving. Towards the end of this section, the track winds its way in and out and up and down the rounded, hard river banks. It’s referred to as the Obstacle Route. Be careful in this play area: Take the wrong line here and you could end up damaging your vehicle or even rolling it.